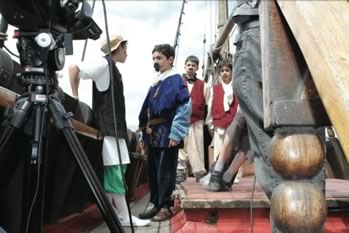 Filming aboard the Golden Hind

St James Junior School, London, has been film-making again. Following The Battle of Hastings a couple of years ago comes Drake.

Filmed in June 2011, Drake tells the tale of Sir Francis Drake’s circumnavigation of the World in 1577.

Directed by Luke Scott, produced by John Cook, Charlotte Kettle and Penny Moss, the film was written by John Cook and starred Year 5.

Filming took place at Frensham Ponds, aboard the Golden Hind and at St James Senior Boys’ School in Surrey. It received its World Premiere in London on10th January 2012. Up for an Oscar in 2013? 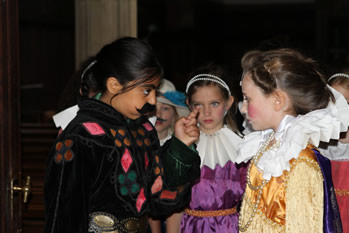